Well, Rose has made it a habit now to hop in with the sheep.  (Yes, first Annabel the sheep went over to them and clearly it gave Rose an idea!).  I returned her to the goat side last night and Trevor really took after her.  So, she promptly ran out and over the fence to join the sheep.  She seemed quite happy with them so I tried to add a second hay pile with the idea that darkness would fall and the sheep and Rose would each find their own space in which to sleep.  At ten o’clock I looked out the window and by the moonlight could see three dark figures all standing awkwardly outside the barn.  Clearly Rose and the sheep speak different languages.  At nighttime goats put aside their differences and generally cuddle.  Sheep aren’t entirely the same!

At this point I donned all of my winter gear and head lamp and returned to the barn without much of a plan.  In the end I locked Rose in the aisle overnight with her own hay and water.  She could see the sheep or goats but Trevor couldn’t bully her again.  It was 7 degrees last night so no goat should really be hanging around outside.

Today we enacted a short-term solution which may last for a few weeks. We created a 5’ x 7’ stall for Rose in the aisle by closing off one side with the light gauge fencing we have from Light Livestock Equipment.  We love it because the panels can be used as walls for enclosures or as the gate itself.  We have various places in the barn where it can be used in a pinch fairly easily.  You never know when you will have a sick animal that needs quarantining or you will bring in a new animal or some other unplanned event such as this! For now she seems much calmer and content snuggling up to the goat stall but safe from Trevor’s attacks.  We may put Trevor by himself and let the girls be together.  Once the winter begins to fade (imminently I hope!) we will try to put all three goats back together.  And in the spring we will be putting in permanent fencing.

The right decision would be to sell Trevor and just have does.  It seems, based on my observations and on discussions with my fellow goat herders, that Trevor is a great pet goat but a terrible member of the herd.  A goat herd is naturally led by a queen doe.  Trevor rules our herd and he rules by making sure that no one else can have what he has.   So, he is a wonderful pet, always keen to interact with his humans but probably would do better living with some other male goats exclusively.  However, we are a small homestead and currently our goal is land management with the goats and no further purpose.  By the end of 2015 the heavy brush (largely invasive plants) will probably be gone. At which point, without the wild thorny thickets, we could consider having dairy or fiber goats.  So for now we are not making any hasty decisions regarding selling anyone but will watch this space. 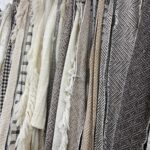 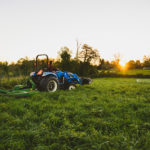 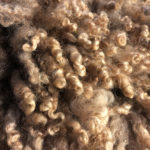 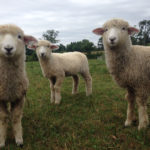 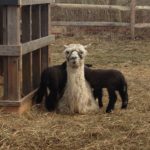 Llamas and sheep and lambs, oh my! 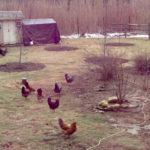 The cost of farming